Sometimes the universe is talking to me.

This weekend, for reasons I cannot recall, I was thinking about the fact that Microsoft announced that it will be deprecating Windows to Go, and that sometime this fall I would be faced with the choice of either:

I was sitting on the patio enjoying a cigar when something occurred to me: when twice-yearly I rebuild my Windows to Go key (on my Spyrus Worksafe Pro 128) I do not use Microsoft’s Windows to Go Creator Tool, but rather a proprietary tool provided by Spyrus that handles their security encryption and all.  So, I wondered to myself, is my Spyrus tool really running Windows to Go, or is it simply Windows 10 installed on a USB device?  If so, might it continue to work with future versions of Windows 10?

It is not often that I am excited by a press release in my morning e-mail.  This morning I read about a scandal in Canada that won’t go away (and with good reason, but enough already!), another in Israel involving Sara Netanyahu, the Ukraine, and a piece of bread… and then there was one from Spyrus. 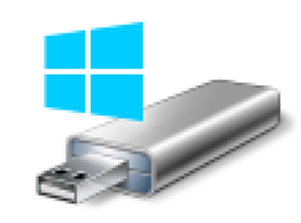 Last month I published an article called Windows to Go… Going Away.  Microsoft has announced that it is deprecating the Windows to Go functionality in future releases of Windows 10, which in theory meant that those of us who work with the tool would be stuck on Windows 10 v1903, the last version of the operating system to include the Windows to Go workspace creator tool (pwcreator.exe).

In my article last month I wrote that “There were ways of [installing Windows on a USB key] before Windows 8, and so there will be ways of doing it after Windows to Go is completely deprecated.”  I am happy that I am not going to have to rely on that.

On August 20, 2019 Spyrus announced that they are committed to securely supporting Windows to Go for the next decade, and that their solutions are to be the only secure USB device manufacturer certified by Microsoft.

Spyrus devices are certified FIPS 140-2 Level 3, offering the best security in the industry.  Because of their proprietary technology, they have always used their own creator tool.  As it does not rely on Microsoft’s continued development of WTG, Spyrus is able to continue to develop and support Windows to Go on all six Windows to Go devices, and thus continue to provide this functionality to their customers.

For those of us who use Windows to Go on a regular basis, this announcement was a welcome one.  I have confirmed with a company spokesperson that their Spyrus Widows to Go Creator Tool will continue to support bi-yearly releases as well as the Long Term Service Builds (LTSB) in the LTSC.  This is great news, and in honour of that I am planning on building a new tool with the LTSC release for a future article.

Having gone through several WTG devices over the last seven years, ranging from the cheapest to the most expensive, I decided last year that Spyrus was the device I was going to use – primarily if not exclusively – for my Windows to Go tools.  I have either met with or spoken to representatives (or agents) of a number of competing companies; I have not been able to reach any of them for comment.  I am glad to see that the device that I deemed over a year ago to be my favourite is not only still in the game, going forward they are going to be the only company still in it.

While Spyrus does offer solutions up to 1TB it is a little pricey, and with easily accessible wireless Internet and cloud storage solutions, it is likely that the smaller devices will fit the bill perfectly for most users.  I recently upgraded my primary device from the 64gb Worksafe Pro that I had since 2015 to the 128gb model that is identical in every way except capacity.  I understand the 512gb and 1TB versions are larger and while it would be great to have that terabyte at my disposal, by paying attention (e.g.: I do not synchronize my OneDrive, and I only maintain a week of e-mail) I find myself with 66GB of free space on the device.  I am so comfortable, in fact, that when I re-create the key with the Autumn release of Windows 10, I will likely expand my storage partition to accommodate larger files.

I don’t know why Microsoft decided that Windows to Go was not worth its continuing development; I suspect it has something to do with Azure VMs that will eventually run Windows 10, but that is not something I am privy to.  I am just glad at least that one company recognizes the value and importance of the technology, and will continue to provide WTG in a secure manner that is affordable and reliable.

…now if only they would deliver a tool to install Windows Server onto their keys!

You can learn more about Spyrus and their solutions at www.spyrus.com.

One thought on “Windows to Go Lives!”