It is a hard day every year when I realize how bad a team my beloved Montreal Canadiens are. Unfortunately, it has also been a reality of the life of a Habs fan for the past few years… and if we are to be honest about it, most years for the past 25. Our years of dominating the National Hockey League are long gone, and a combination of budgets, bad management, and bad draft picks have led us to where we are today. 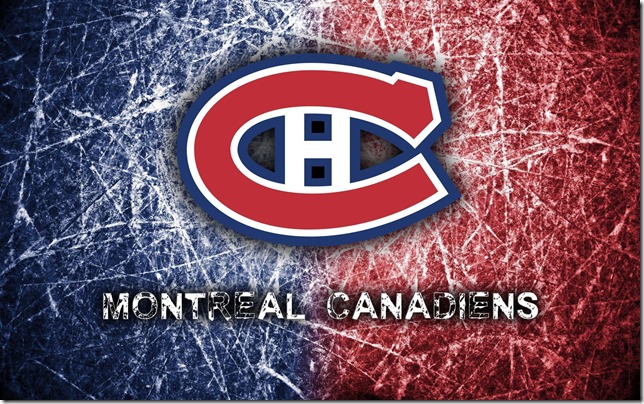 Most true Canadiens fans of my generation (and earlier ones) were brought up loving our team and hating the Boston Bruins and the Toronto Maple Leafs. I live in Los Angeles, and while I have no love for the LA Kings, I do not hate them. The years I lived in Toronto I was unpopular because of my love for my team… and the visceral hatred of the local squad. For many years while living in Toronto I made two very safe bets in September with a number of friends. Toronto fans are emotional, and every year they would bet me that this was the year they will win the Stanley Cup! I wasn’t getting rich off the bet, but it did guarantee me a couple of good meals every year. The second bet was emotional for me as well: I bet that the Maple Leafs would be eliminated before the Canadiens. I won that bet every year too… although one year it was technically a push.

My Canadiens made the playoffs this year… barely. In their division, they were in fourth place, while Toronto was in first place. I do not know how many years it has been since these two teams met in the first round of the playoffs… but it happened.

I did not place any bets this year. As sad as it was, I knew that Montreal really did not deserve to be in the playoffs. Toronto was just a better team. if the series was not a clean 4-0 sweep, most of us would be happy.

There is no amount of heart that can make up for a truly lousy team… but this would not be the first year that a mediocre Montreal Canadiens franchise would make it farther than expected. In 1993 they did it with heart and a goaltender named Patrick Roy. This year the mediocre Montreal squad has the heart, and a goaltender named Carey Price. When Price is on his game he is the best goalie in the league. When he is not, then he should not be playing the game.

Montreal was down 3-1 when they won Game 5 (in overtime), and then 3-2 when they tied it up by winning Game 6 (also in overtime). Monday night’s Game 7 was never supposed to happen but it happened. While Toronto consistently outplayed Montreal – as they had every game in the series – they were foiled once again by the very on Carey Price. It was too much to ask for, but could miracles really happen?

My father passed away in April. He was a lifelong Montreal Canadiens fan… and Toronto Maple Leafs hater. I do not know if he had anything to do with it, but I do know that as the game clock ticked down under a minute to go in the game, with Montreal ahead 3-1, he would have been on the edge of his seat in G-d’s kingdom watching the game. He would have been nervous, biting his nails like the rest of us. As his widow told me in the final minutes of the game, ‘”A two-goal lead is not enough” your dad would be saying right now.’

When the clock ticked down to 0:00, I know that my father was sitting up there watching, and he would have let out a shriek like the rest of us. We may not win Lord Stanley’s Cup this year… but we sent the Maple Leafs home for the summer, which for a true Montreal Canadiens fan is a nice consolation prize.

This evening, Montreal faces off in Game 1 against the Winnipeg Jets. I will be cheering as usual (during my class breaks)… and I truly hope they win. Maybe after all the years disappointing my father, they will pull off a true miracle for him… and for the rest of their long-suffering fans.

As I have been saying for many years: G-d save The Queen, and The Montreal Canadiens.