An Epic Advantage to Windows 8 & the Cloud

The vast majority of computer users will never care about this.  That is because the vast majority of computer users use a single computer for years on end.  They use them at home, and then maybe (assuming it is a laptop) they take it to Internet cafes, possibly school or work, and likely on the road to hotels.  Most of these places will not have complex passwords for their wireless Internet. 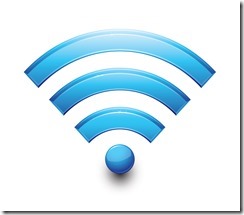 I do not fit into this category of computer user.

I have the following laptops that I use, either regularly or not, that all ‘belong to’ me in one semi-permanent way or another:

To make matters just slightly more complicated, I use most of them is all manner of places with complex passwords, ranging from companies that I visit to different hotels (many of which actually do have passwords for wireless) to cafes and restaurants and, of course, when I am somewhere without free WiFi I will tether any or all of these to my phone.

Now just to make things more interesting, let’s add the extra complications that a) I very often re-image these machines for any number of reasons, and b) many of them have virtual machines on them that also require access to the Internet.

Now, imagine I visit ten companies or people who have WiFi passwords like this: 2DE5A4210CBEE4.  Using the old way of doing things, every time I brought a different computer with me, or the same computer but re-imaged, I would need to re-enter the password.  What a pain.

So here’s the deal: I have not been to my parents’ flat in Montreal since July, when I was here with the entire family.  It was, as I recall, my first or second visit.  At the time I was not really using my Surface Pro (for my own reasons) so I was here with my Lenovo.  I must have connected to the network here at the time with the Lenovo.

All of this to say that there is absolutely no way there was something left on a machine from my previous visit.

Last night when I was sitting in bed (in Oakville) organizing the newest Surface Pro the way I like it I noticed that I had not entered the WiFi password and it worked.  However there are all sorts of phenomena that could have explained that.  However when I got to my parents’ place in Montreal and I did not need a password for their WiFi I was thrilled… it is actually stored in your Microsoft Account profile.

In other words, if you visit a friend today, get a new computer tomorrow, then visit them next week your new computer will automatically connect to the network for you.  Cool.

I was discussing the other day with a colleague how far we have come in the past thirty years with regard to computers.  They have certainly gotten easier to use and more convenient… to the point that sometimes we do not notice some of the improvements… at least, until someone writes about them.

We are always so quick to point out the flaws in the technologies we use… the problems with new security features or features that were taken out.  When Microsoft releases a new operating system they usually put so many new features in that even their marketing and evangelism teams have to pick and choose the ones to really tout.  I suppose because (as I said in the opening lines) this improvement will only be very exciting for a select few, it didn’t make the list.  I will tell you though that had I known about it earlier I would have shouted it from the rooftops… because MY audience will care.

There are, of course, myriad benefits to using Windows 8.x with a Microsoft Account (SkyDrive, Windows Store, etc…) but this one is now officially on my list.  Is it on yours?  Let me know… and if not, what IS on your list?  I may not be an evangelist anymore, but I’d still like to know!

4 responses to “An Epic Advantage to Windows 8 & the Cloud”