Earlier this week I posted an article about the versatility of my Surface Pro 2.  Actually it was a combination of an article (Battery Up- Windows 8.1 on the Surface Pro 2) and a Facebook status update (See here).  I bragged not only about the battery life, but also how cool it is that I can take a single device from tablet – to laptop (just add keyboard) – to complete workstation (plug the Surface Pro 2 into the docking station in my office, and it instantly extends to take advantage of the two large screen monitors, full sized keyboard, and regular mouse).

A Twitter follower named @Deskcovery asked if I had any pictures of the setup, because he wanted to see it in action.  Great idea!

Here’s the problem… my desk is usually a bloody mess.  I call it my secure, well-managed disaster zone.  It wasn’t always like that, but I don’t spend a lot of time there, so I don’t maintain it the way I used to.

Having said that, I try to do what I can for my readers… so your wish is my command.  Mr. @Deskcovery, here it is… I walk into the office and drop the device into the dock.  After a few beeps and blips, this is what I see:

Over the next few weeks you can expect better pictures (and possibly even a video) of the area and the versatility of the device, but from this picture it is hard to see anything except the finished product.  As such, here are the components:

Now here’s the problem that I found… I have far too many devices to settle for four USB ports.  Rather than mussing about trying to plug and unplug devices as I needed them, I decided to leverage the USB 3.0 port on the Surface dock to connect… another docking station!  Actually that’s not entirely accurate… I connected the Lenovo port replicator that I bought with my X1 Carbon… seeing as that device is now listed for sale on eBay it won’t miss its port replicator. 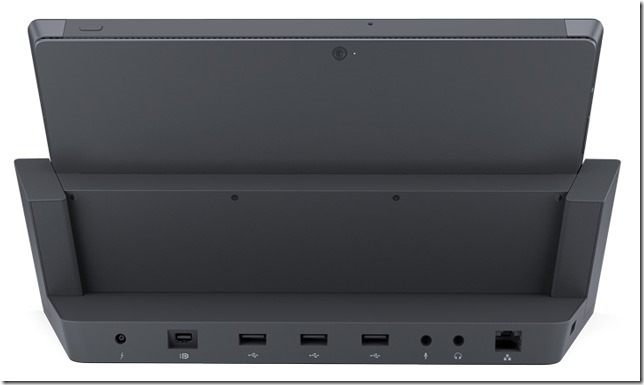 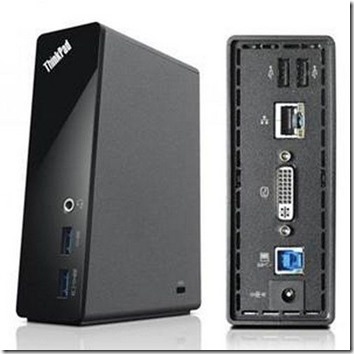 In other words… everything I need.

Don’t get me wrong… all of the USB ports are already accounted for, so if I do want to plug in another device I will have to unplug something… but the USB speakers and extra hiigh definition webcam are extraneous… I can unplug them any time I want…

I swear, I am NOT addicted!