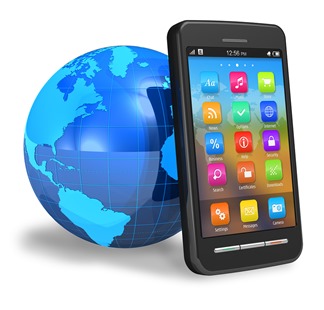 I have often heard discussions on how rude it is to pull out your smartphone during meetings, during meals, and so on.  Personally I am against it, but I understand where there may be mitigating circumstances – sick parents or sick children for example.  With that said, there are a lot of people who will disagree with me, and that is fine… it is their right to be wrong

Yes, I say that as a joke… some people will accept it more readily than I would, just like some people would sit in a restaurant wearing a hat.  According to the etiquette of polite society that is completely wrong, but welcome to 2016, right?

Because it has not been drilled into me (the way the hat thing was) I am never tempted to tell people sitting at other tables in restaurants to put their smartphones away.  It’s not my business what they do, and frankly I don’t care.  It doesn’t even bother me.  Yes, hats in restaurants do bother me, but again, I can’t save the world… I can only be responsible for myself.

So the question is, when does it become my business?

Several times over the past couple of years I have been sitting in a restaurant when someone at another table starts playing a game, watching a video, having a speakerphone conversation on their smartphone.  They make no effort to silence it – they don’t wear headphones, they don’t mute it, they don’t even turn the volume down.  That disturbs me.

What should I say?  So far I have not said a word… I have just sat there grinding my teeth at the disturbance.

I had the conversation about this with a friend recently, and he was on the fence about it.  After all, he said, except in the hoity-toitiest of restaurants patrons are not expected to remain silent… is their electronic device (smart phone, tablet, hand-held game machine) not simply an extension of them and if so, is the noise from said device not simply the same thing as them talking and having a conversation?

I thought about this for quite some time, and I do not agree with this position.

I am not an audiologist; I am not a sound engineer.  I am however a pretty observant person.  There is a difference between the noise generated by conversation and the noise generated by an electronic device – especially if one is watching a movie or playing a video game with diverse sounds effects such as beeps, explosions, music, and whatnot.  Sitting in a coffee shop with people having conversations all around is not at all the same thing as walking into the middle of a video game arcade or a movie theatre.

And then there was the family who decided to call grandma while they were having breakfast together.  Everyone else in the restaurant was having a nice, quiet meal, and then all of a sudden this family has grandma on the speakerphone… and I have no issue with grandma, but when speaking into a speakerphone and especially speaking to grandma… and especially speaking to grandma on a speakerphone where there is ambient noise trying to compete with you… you are going to raise your voice; it is natural and expected behaviour.  That is not to say that in the middle of a restaurant it should be acceptable behaviour.

I know society has changed… and G-d knows I do not think that I was raised well in a lot of respects; but when it comes to manners in public my parents made it very clear: behave according to polite society, or face the consequences.  The consequences with my mother were not idle threats – they hurt.  While I am completely against corporal punishment, I think it is a shame that when I see someone wearing a hat in a restaurant or playing video games or watching movies at full volume the answer is not to confront them, rather ‘Hey, it’s the new millennium… what can you do?’

Unfortunately I seem to be in a minority… and the words ‘publicly acceptable behaviour’ seem to have been changed from what I was taught to what is not specifically against the law.

Sigh.  Welcome to the new millennium.  Have a great week-end.

One thought on “Smartphone Etiquette”