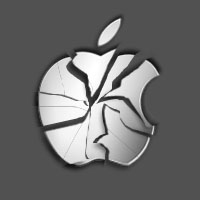 Longtime readers of this blog will know that three years ago I made the jump from Windows Phone to the iPhone.  I have few regrets about the move… the selection of apps on the iPhone (as well as the quality of them) is infinitely better than what I had on the Windows Phone.  I can also FaceTime with my son while he studies overseas (and yes, I know that between Skype and Viber and WhatsApp and the myriad other options that compete with FaceTime, but this is easier).

My first iPhone was the iPhone 5 that I was given when I first visited Rakuten in Japan.  When I came back to Canada I sold my Windows Phone and bought my second iPhone 5 off eBay (used)… mostly because I expected to be going back to Japan shortly thereafter, and the Windows Phones were not supported on the Japanese carriers.

A year later I went into the Apple Store in Bellevue, Washington.  I outlined that visit in an article called Thank You For the Lousy Customer Service!… I can assure you that the article speaks very HIGHLY of the Apple Store.   Despite my having bought it used in a different country, they replaced the device for me.

That phone lasted me a few months and they was sold to a friend, and I bought the iPhone 6 Plus.  A few days later I exchanged that one (which was just WAY too big) with the iPhone 6.  That phone seemed to be the right size for me.

It was not quite a year later that another friend bought my iPhone 6 from me, and I ended up with my iPhone 6S… no longer the latest and greatest, but certainly close enough to count.

All of that to say that I have gone through six iPhones since October, 2013… an average of about one phone every six months (although that is not really how it worked).  I have stuck with it despite during that time people saying that Android is better now… I just prefer the Apple.

What I do NOT prefer, unfortunately, is having to go to the Apple Store when things go wrong.  It is, for me, one of the least pleasant experiences that I do NOT look forward to.  Why? I may like the device, but I still despise the Cult of Apple.

Recently I got to Montreal only to find out that the charging cable for my iPhone fried into the phone itself.  I had to go to the Apple Store at Dix-30, a mall on the south shore of Montreal.  Even though the problem was likely due to a faulty phone, and even though I had paid for the Complete Care Warranty, I still had to pay for a replacement, since the damage was considered physical.  I did not have to pay full price (I think it was $130), but even so, I am disappointed that my CCW did not cover it.

At least, as I sat there waiting for the privilege of having a ‘Genius’ help me, I was able to sit and use my Samsung phone to do whatever I could not do on my iPhone.