Over the last few weeks I have done some Facebook reposts about the OMAC Juvenile Arthritis Charity Tournament.  One of our students at Master Kim’s Oriental Martial Arts College is a kid named Ayden Soares.  As you can imagine, Arthritis is a very painful disease, especially for children.  When our school decided to get together to raise money, there were plenty of incentives we could give to our students… but the one that seemed to get the most attention was the promise that for every thousand dollars raised, one of the instructors would shave his (or her) head. 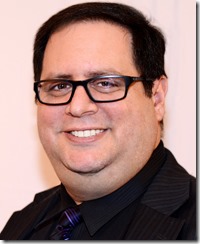 I had spoken to Ayden’s mother a few weeks ago, and after promising to attend but also to make a (what I consider) very nice donation, I told her that I consider my hair one of my few redeeming physical features, and that she could put me around #25 on that list.

Fortunately for me, time was working in my favour; the volunteers from First Choice Hair Cutters told us that from their viewpoint, it would be impractical to shave the heads of twenty-five people.  At 5-7 minutes per person, we would have been there for over two hours.

Somebody (I don’t know who) decided that we would shave five heads – Master Harrison, who represents the entire organization, and four instructors, to represent each branch of the school.

Master Harrison went first, and I suppose like all of us was more than a little reticent, but he is a man of his word, and it was for a good cause.

As this was going on, I looked at Master Godoy (my branch’s Master) who was a bit uneasy.  I could tell that he was not looking forward to this.  Aside from myself, the other instructors from our school are Mr. Peter, who was not at the event, and Mr. Bernard, who is mostly bald.  When Instructor Dorian was done, I stepped forward.

I should mention that even in the army, where we kept our hair very short, I never actually went down to shaved.  But as I said, it was for a good cause, and I like to think myself a good sport.  I sat in the chair, and when she asked me if I wanted to hedge my bet and use the ‘1’ shaver, I said no… let’s go all the way.

Instructor Mark went next, and then to our shock one of our female Black Belts stepped forward.  As she is under age I will not name her, but she had incredible long hair.  She asked for the back of her head to be shaved – I cannot explain it better, but I assure you that the end result looked perfectly normal and stylish (see the picture – she is one of the girls standing in front of me). 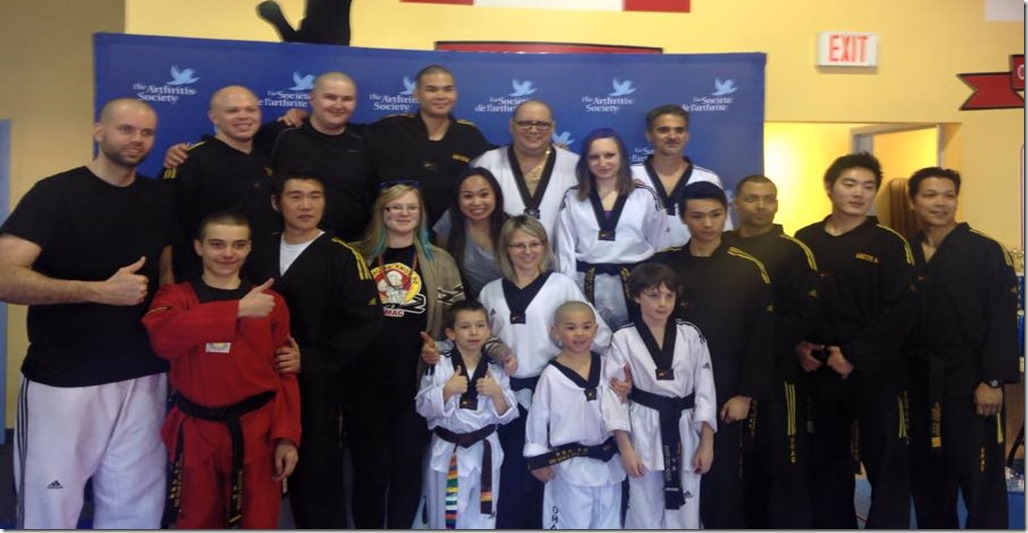 The tournament was a great success, not only for the charity but also for our students who raised their confidence and won some trophies.  Everyone had fun.  As we say, together we’ll Kick Arthritis. 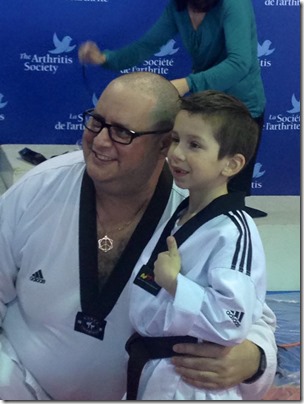 Ayden is a very brave boy.  It is hard to live your life in pain.  One of my sons has Arthritis, and I know how hard it is.  Ayden is not giving up, and we are all cheering for him.  When it was all over, he came up to me and asked if he could take a picture with me.  I was proud to do so.

By the way, I know that Mr. Al Poulis, the very capable webmaster for OMAC, was the official photographer for the tournament, and took some great pictures throughout… including, I am told, of the hair part.  Stay tuned, when he sends them to me I will post the pictures of it actually happening!