The World… for the World According to Mitch.

What do these sixteen nations have in common?  Certainly not geography – some are tropical islands, others African nations, and of course Greenland should, by all rights, be its own continent (albeit a frozen one).  You cannot even say that they are all members of the United Nations, as Greenland is actually a Danish territory, and the British Virgin Islands are a British territory.

In fact, the only thing that these sixteen states have in common are that they are tied at 1… a single hit has been logged to The World According to Mitch from each in the year 2013.  Mauritania, French Guiana, Vatican City, and French Samoa are ties for second (with two hits each), and Bhutan stands alone with three hits.

In total, over 173,000 hits have been registered to The World According to Mitch to date in 2013.  I guess we sort of hit our stride this year, because with two weeks to go in the year (let’s face it, I expect the numbers to tank from Christmas) we have registered 72,000 more hits than the total of 2012 – a 73% increase year over year.

That number includes visits from 207 countries/territories/protectorates, accounting for every single member of the United Nations except one (No hits from North Korea), plus fourteen others (aside from the aforementioned, Vatican City, the Palestinian Territories (66 visits), Taiwan (1,219 visits), Hong Kong (1,204 visits), Puerto Rico (198 visits), Guam (15 visits), and a number of others.  Interestingly enough, Kosovo – the last of three independent states not members of the UN, also did not register a visit.

Owing to the free nature of the Internet and the fact that one little blog is hardly worth blocking, there were roughly 7,300 visits from countries that would prohibit me from entering (or worse, prohibit me from exiting).  Owing I would hope to my technical articles rather than those of my travels I occasionally am invited to consult for companies based on my blog.  In July of this year I was invited to consult for the national bank of one of these nations – an invitation I politely turned down.

The hottest month of the year (by far) was October… 17,333 visits based on twenty-two posts – eight of which were technical, the others mostly about travels and my experiences in Japan.  However the highest total hits was registered in June (the post was about the flood in Calgary, which I experienced first hand).  The second highest total for a day was in November (I was answering questions for a www.microsoftvirtualacademy.com Jump Start, and posted the link to an article I wrote), and the third highest was in December – the day I wrote about my hat.  Incidentally the week that started with that article was my highest per-day average over a week – 597 hits per day.

While I am not sure I have a definite formula for what does work and what does not work, it seems to me that a solid balance of all sides of me – work, leisure, travel, opinions – is what accounts for the best average for me… I never expect one article to be a home run (although there have been a couple, thanks Server Core and Netfx).  When I balance my articles between the technical and the non-technical both sides of my readership seem most content.  And so that is the direction that I will continue along in the coming year.

By the way some might ask what effect spending a year as a resident blogger for www.canitpro.net had on my own blog.  I would guess that a some of my readers were introduced to me from there (but I also expect some of my foreign readers found that blog because of this site).  I like to think that both blogs complemented each other, with neither leaning heavily on the other.  If the statistics are accurate then any readers I gained while blogging there have remained with me, as only one of the last four months is slightly below any of the preceding twelve… and that was September, when I was in negotiations with a client and trying to remain tight-lipped about leaving my position with Microsoft Canada.

The World According to Mitch received a number of honours this year – for the third year in a row it was listed on BizTech Magazine’s list of 50 IT Blogs You Must Read, and I retained my position on Evolven’s POWER35 Insightful IT Bloggers.  I was also selected as one of the SMB 150 – honoured by my peers with their nomination and votes. 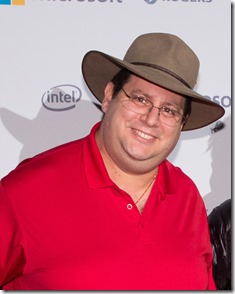 All in all 2013 has been a banner year for the World According to Mitch banner… and the promise I make to you, my loyal reader, is that I will endeavour to keep up or improve the quality of the posts… and I will try to keep up the pace as well!

May the holiday season bring you and your family blessings of joy, health, and happiness, wherever you are in the world, and whatever holidays you celebrate.  Most importantly, let us all pray for peace in the world in 2014.