There are days when I love being a blogger.  A few days after I published my recent article on the ChargeTech ThinCharge case for the iPhone 6, I got an e-mail from the company telling me that they wanted me to try another one of their products, the Portable Power Outlet.  They shipped it off to me to give it a spin.

For the past few years I have been relying on a portable USB charger to keep my phone alive.  The last one I picked up a year ago was a 20,000 milliamp device that had two USB ports in case I had two phones.  It was a fine enough device, but it was heavy for what it was… and of course not every device is going to charge through its USB port.

When the ChargeTech Portable Power Outlet arrived a few days later I was a bit reluctant… while it was not significantly heavier than the old portable charger I had been using (25oz), it was much larger (7.5” x 5.25” x 1”), or about the size of my Kobo eBook reader.  It came packaged with a travel pouch (a nice touch but unnecessary), an AC power adapter, and an international adapter.  Very nice, especially for those of us who travel a lot.  The fact that it cannot charge via USB is a bit of a letdown, but understandable considering its power capacity.

Otto von Bismarck is quoted as saying “The biggest lies are told before the marriage, after the hunt, and during the election.”  It is a good quote to live by, but seeing as he was a Prussian before the unification of Germany, the quote obviously could not take into account the lies told about the battery life of tablet PCs, and so it is that I know that my Microsoft Surface Pro 4, which promises up to 9 hours of battery life, will seldom last the morning, let alone a full day of working when it is not plugged in.

It is all well and good to say that one is going to work from a park bench on a beautiful day, but how realistic is that when we don’t have enough power to get from nine to five?  With the meteorologist predicting an absolutely gorgeous Canada Day Friday (July 1st), I was excited by the prospect… especially since as a remote worker for an American company I did not have to sit in a particular office.  I may not have the day off (I have Monday, July 4th off for the U.S. Independence Day), but I could at least be out enjoying the weather… as long as I could depend on my battery not giving out. 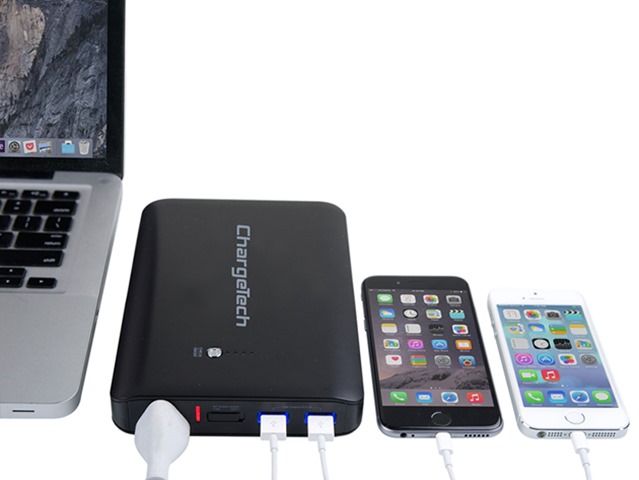 Because I am still in the onboarding phase with my new company, I plan to spend Friday watching training videos.  This means I do not have to be chained to a desk… as long as I have enough power to get through the day, and a stable Internet connection.

So here’s how I plan to do it.  It is not just a theory… this worked for me last week, so I know it will work.

Let me tell you something, there is nothing better than being able to work from the park – say, the boardwalk along the lakeshore in Burlington – on a nice summer day.  Knowing that the vast majority of my work will consist of watching videos, I will bring along a cigar or two, just because I can.  I will pack a picnic lunch, so I can prove how hard I am really working by not even taking time off for lunch.  I will be able to devote my full and undivided attention to my work. 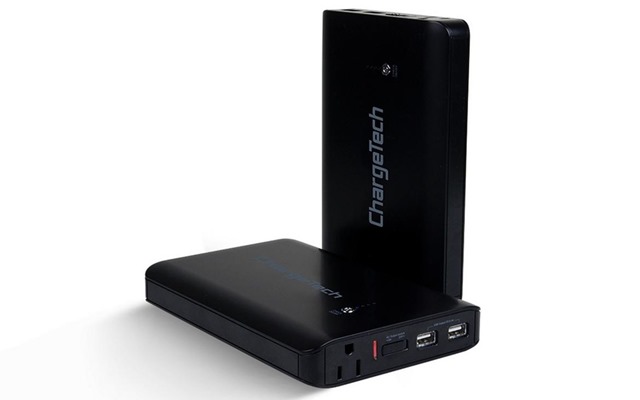 Ok, who am I kidding… my attention will be slightly divided by the view, my cigars, and the glorious weather… none of which will detract from my ability to learn what I need to learn

I have to drive to Montreal for a wedding on Monday.  No problem, as I said I have Monday off.  I can celebrate with my friend Ron and his bride, and dance into the night.

I do not have Tuesday off.  Drat.

Okay, have to drive back from Montreal, which any way you slice it will be a six hour drive.  I have a few of choices:

I want to be clear, if I had to watch the videos the third option would not be an option.  I like to be a safe driver, and that precludes watching anything but the road.  However since I only have to listen, it is the same as a book on tape (CD).  I can listen as I drive, and pull over as needed to take the quizzes.

Of course, this leaves me with the same predicament I had before; however by connecting my Surface Pro 4 and my HP Pro Tab 408 to the Portable Power Outlet, I will be able to listen for the entire 600km journey!

So… let’s look at how the Portable Power Outlet’s features absolutely rock:

While the device does come for a price that might make you think twice (USD$250 retail), it is currently available marked-down for only $185… a real incentive to pick it up while it is on sale from www.chargetech.com.

So yes, this is my second thumbs-up review for a ChargeTech product.  What can I say?  Good companies will consistently make good products!

2 responses to “Work from Anywhere: The gold standard PPO”